The runDisney phenomenon and runners to watch

Let’s be perfectly clear here… I am not in shape. I don’t exercise regularly even though I want to with all my being. I let every excuse in the book prevent me from going to the gym or even around the block to walk the dog. I think you could  say I’m lazy. Then registration opens for the next runDisney race. What is the runDisney phenomenon you say? It’s Disney’s way of getting you off the couch!

Somehow I have caught onto the runDisney craze. I don’t know who I blame more. My friends Nick and Yvonne who I ran my first 5k with. Or Emelia (pictured above) who talked me into my first 10k. She is Half Crazy Mama after all. I’ve written about these events before, but as a spectator, not a participant. Since first writing about them, I’ve now completed six 5k races and one 1ok, including some other non Disney races. I’m currently signed up for 2 more runDisney events and another Hot Chocolate 5k. They’re addicting. 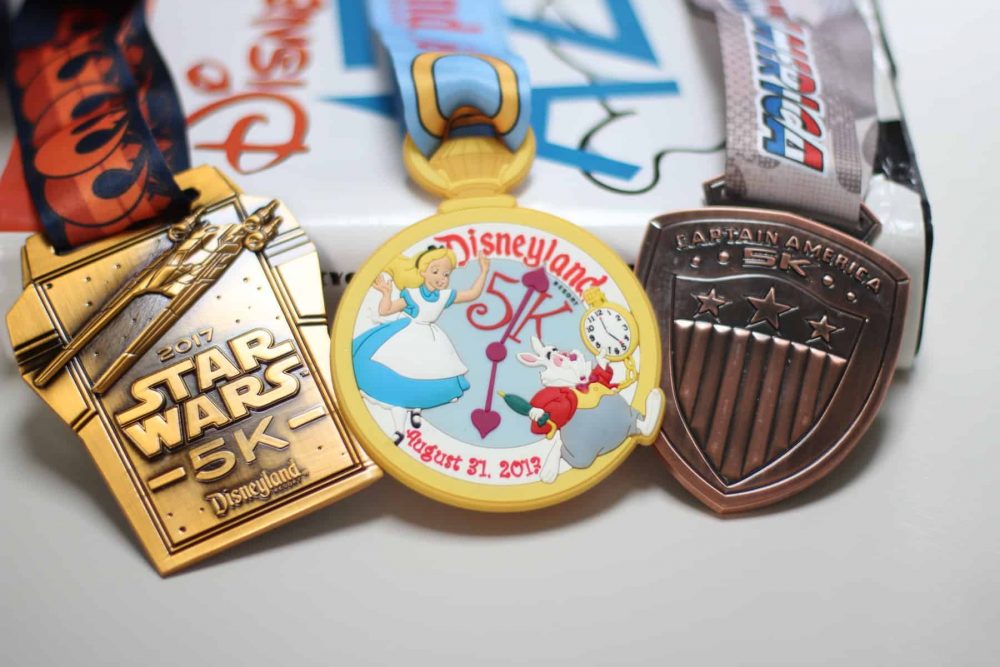 For some reason, I love running these races. Maybe it’s the Disney effect. I don’t know. It’s so awesome to be able to run through the parks before they open. And the themes of each race are complimented with characters, music, and sound effects throughout the course. This year, our oldest daughter starting running with us. This was the moment I realized I need to be in better shape if I plan on doing more of these events with her. She’s faster than I am… and she’s only eight years old.

Even our youngest is now participating. We thought she’d walk the course. But she ran the entire run. She ran the 200m and was so proud of her medal.

I think the other draw to these races for me are the costumes. You don’t have to dress up, but you can! I think putting on a Rebel Fighter costume might actually make me run a bit faster than regular running gear. Who knows, but it feels fantastic. (I doubt you’ll ever see my or my husband running in a full Chewbacca or Stormtrooper costume. But we have seen others on the course who somehow defy body temperature logistics!) 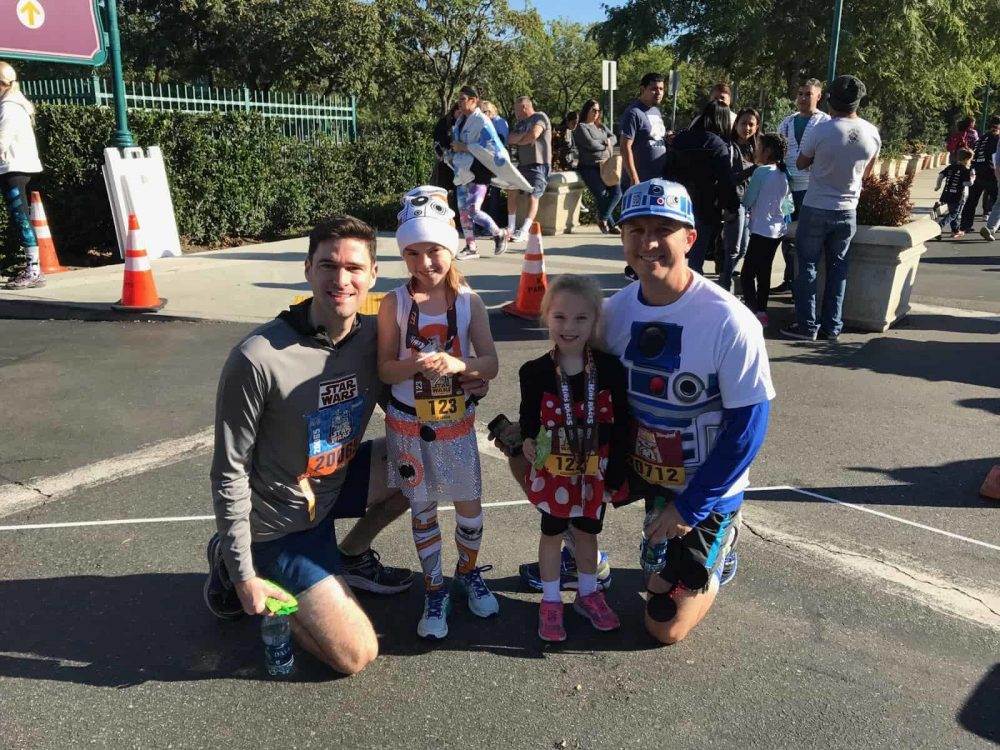 The runDisney franchise is huge. They now have nine events around the globe offering marathon, half marathon, 10k, 5k, and kid races.

Remember, I am not a runner or an athlete, nor am I very motivated. But I am inspired. If you have any desire to get started, runDisney events would be the perfect start. You’ll have a blast and not feel any pressure to get to the end as quickly as possible. Speed walking will get most people to the finish line just in time! But if you want to run your fastest, you’ll have plenty of competition to motivate you too!